Endless War Is the Agenda

We are now in the longest continuous period of war in American history. And yet there is remarkably little debate about it.

Many Americans assume “because 9/11″.

But regime change in Iraq, Lybia, Syria and Afganistan (and see this) was planned before 9/11.

Let’s take Iraq, for example.  Former CIA director George Tenet said that the White House wanted to invade Iraq long before 9/11, and inserted “crap” in its justifications for invading Iraq. Former Treasury Secretary Paul O’Neill – who sat on the National Security Council – also says that Bush planned the Iraq war before 9/11. Top British officials say that the U.S. discussed Iraq regime change even before Bush took office. And in 2000, Cheney said a Bush administration might “have to take military action to forcibly remove Saddam from power.”

Cheney apparently even made Iraqi’s oil fields a national security priority before 9/11. And the Sunday Herald reported: “Five months before September 11, the US advocated using force against Iraq … to secure control of its oil.” (remember that Alan Greenspan, John McCain, George W. Bush, Sarah Palin, ahigh-level National Security Council officer and others all say that the Iraq war was really about oil.)

Indeed, we’ve seen it all before. 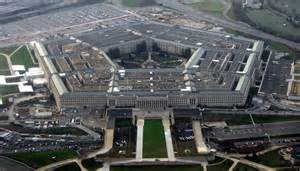