By Mike Barrett Posted on November 20, 2014 on December 7, 2014
Myth about Medical Science and Food TweetShare

…After having little success with conventional medicine, Angela Brown decided to try a not-so-conventional, or legal, treatment for her son – cannabis oil. After giving Trey the oil, which she obtained from Colorado, Trey reported feeling significantly better within just a week. The cannabis oil helped to treat and bring quality of life back in a situation where all else was tried and didn’t work.

“I felt better, the pain went away,” Trey Brown said.

“I was afraid to go to the bathroom, he’d be harming himself,” Angela Brown said. “No mother should have to hold their child so they don’t hurt themselves. He didn’t want to live… Within an hour of him taking it, we could tell a difference.”

But it didn’t take long for the authorities to come stomping in to seize and arrest. It only took a week for the sheriff’s department to confiscate the oil. Later, county officials charged Angela with child endangerment which required child protection to get involved. If she is convicted of her charges she could face up to two years in jail and $6000 in fines. 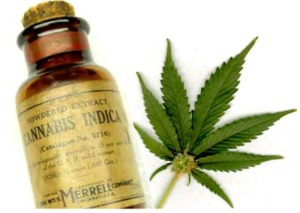