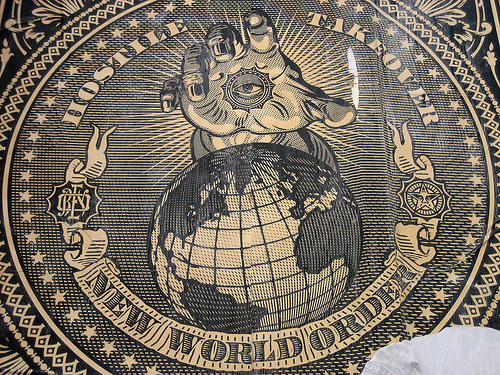 Myth: A worldwide conspiracy to enslave the world,organized by the powerful wealthy elite, would be detected. The world is much too complex for such a thing to be possible.

Fact: The money trail and influence can be traced, showing that a few families have wielded disproportionate power over the financial world since its inception.

Fact: Meetings are called every year for groups such as the Trilateral Commission, the Bilderberg Group, and the Council on Foreign Relations. The coordination of these groups that direct human affairs is by a central authority unknown to the general public.

Fact: Government agents, professors, highest-level politicians in the world have discussed the existence of such a conspiracy for over 250 years.

Books referenced from this Chapter

Who’s Who of the Elite: version 9

The wisdom of Crowds by James Surowiecki

Conspirators Hierarchy: The Story of the Committee of 300

What is the New World Order? Video Gallery