By Posted on November 12, 2014 by Martin Armstrong on December 7, 2014
The myth of Free Media TweetShare

There is perhaps no President who has done more to destroy everything he has ever thought about than Barrack Obama from world peace to our constitutional rights. OMG, we cannot get rid of this idiot soon enough. Two more years may be way too long to wait. He will have us in WWIII and the Constitution shipped off to the Smithsonian displayed with original works like ”Hansel and Gretel” recorded by the Brothers Grimm published back in 1812.

Believe it or not, Obama wants to fully regulate the internet – EVERYTHING right down to content!. Yes you read it correctly. He wants to create the effective Department of the Internet under the FCC. On Monday, Obama called on the Federal Communications Commission (FCC) that regulates TV and Radio, to reclassify the Internet as a public utility.

Obama is now using his EXECUTIVE POWERS to seize control of the internet. This isnot a democratic action voted on by the people or even their pretend representatives. No bill was drafted and introduced in the House or Senate. This is Obama using dictatorial powers that are undemocratic by their nature. This is simply a presidential decree and the majority of people are too socialist to even understand what is taking place here. They just believe whatever government does is for our good. 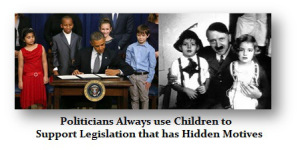