The 2001 Anthrax Deception: The Case for a Domestic Conspiracy

We are joined by Dr. Graeme MacQueen, co-editor of The Journal of 9/11 Studies, for an in-depth discussion on his important new book,The 2001 Anthrax Deception : The Case for a Domestic Conspiracy.

Shortly after 9/11, the US was once again gripped by fear as letters containing anthrax were sent through the post to news media offices and two US Senators, killing five and infecting perhaps dozens of others. Initially widely blamed on Al Qaeda and Iraq, the attacks were used to justify and accelerate the USA PATRIOT Act. But as evidence grew that the anthrax spores had originated in laboratories embedded in the US military-industrial complex, attention was diverted to looking for the “lone nut”, a quest that ended with a convenient suicide.

But what, asks Dr. MacQueen, should we conclude from all the “intelligence” that supposedly pointed towards Al Qaeda and Iraq in the first place? Was it all error? Or was it, as he persuasively argues, a nexus of “faulty” intelligence, “prescient” media reports, “tips”, and astonishing “coincidences” that inescapably points towards a group of insiders within the US state apparatus itself? And if so, argues Dr. MacQueen, the evidence heavily suggests that this group was also responsible for planning the 9/11 attacks. 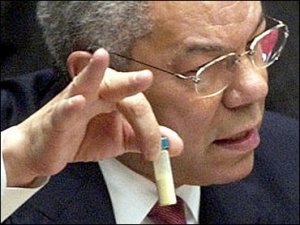