By Grant Elder on November 16, 2017
Myth about Medical Science and Food TweetShare

The link between vaccines and autism has been documented for decades now. For the un-initiated who listen to corporate media, that is 75% financed by pharmaceutical companies that make vaccines, this is an impossibility.

Of course there is a reason the US created the vaccine courts which settle vaccine damage cases in secrecy. Over $3B in settlements so far. It isn’t because there is nothing to see so keep moving.

What is unaccounted for are the people damaged by vaccines but that do not show extreme damage such as in the case of autism. There are no tests to indicate that a baby that could have had an IQ of 180 is left with an IQ of 60 and struggling their whole lives. These pass under the radar. The true damage being inflicted upon the population is catastrophic and we’ll create a situation that guarantees the failure of the current civilization. With the exponential damage to human intellect how will the few support the many??

For anyone who has looked into the vaccine debate I highly recommend viewing the following videos series by Dr Andrew Moulden. I met Dr. Moulden at a conference in Montreal, Quebec in 2009. My wife and I had been dealing with vaccine damage to our children. We knew it to be real but I did not understand the actual cause. Correlation yes. There were many theories. We finally met someone who through scientific observation understood how exactly the damages was occurring. The fact that the  conclusion is that all vaccines cause a degree of damage was an eye opener and at odds with the pharmaceuticals straw-man that it was genetic pre-disposition and therefore the majority was safe.

After the conference we stayed and talked at length with Dr Moulden. He was one of the smartest people I had the pleasure of crossing paths with. At one point I noticed we were the only ones left in the conference hall with him other that two individuals at the other end. I asked if they were friends. He said no. They were hired by someone in the pharmaceutical industry to spy on him. Since he had come out publicly there was always a car following him and someone outside his house.

He later told a colleague that he had been overtly threatened. He was found dead face down in the middle of his living room in 2013.

These three videos have a poor sound and music that is at times annoying but the content is excellent. 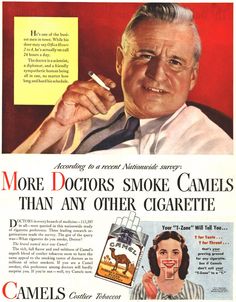